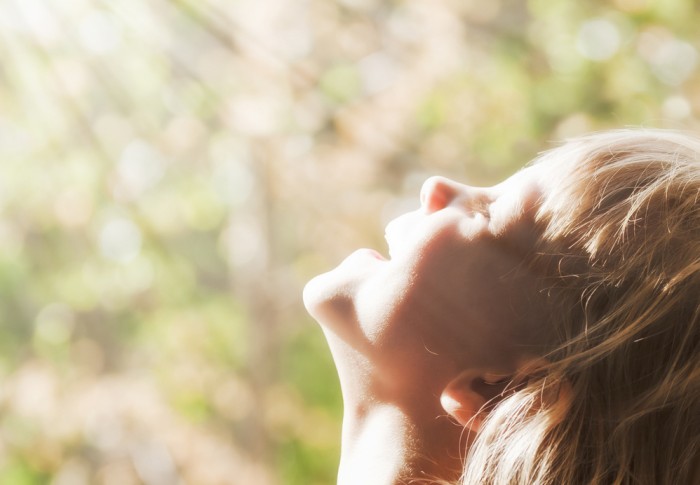 I came to this work partly by choice and partly by magical divine guidance.

I had my first spiritual experience when I was 12, when I met a spiritual master on the inner planes who showed me my divine potential and gave me a taste of the spiritual dimensions of life. After this experience I made a decision to walk the path of truth, love and courage.

Then when I was 19 I began seeing “light bodies” around people during meditation or sitting quietly in sacred space. I wanted to understand what this was all about so I continued my spiritual research regarding spiritual awakening.

I quickly discovered that spiritual awakening goes hand-in-hand with emotional awakening. So it was clear to me that I needed to attend to my emotions and the trauma that got stirred up when I began awakening to my deeper, spiritual/divine nature. This is part and parcel of the journey. I also learned firsthand that negative emotions and early trauma greatly effected and hindered my ability to connect with my true self and spirit.

I spent my college years mulling all of this over. And then at age 21, when I was attending Stanford University, I had a vision to create a Holistic Academy, to educate, train and provide healing for the integration of body, soul and spirit.

It seemed the logical next step to study theology and psychology, so for graduate work, I went to Seminary and also trained as a therapist. And so I began this professional  journey at the tender age of 23. I remember calling out to the universe as I began therapy training, “I want to awaken fully. I want to know the truth. I want to understand the inner workings of the psyche.”

In retrospect, this was a rather strong prayer to put out to the universe! And so, you might imagine, my life began to crack wide open. I went through a 15-year disintegration process where every structure of my life turned upside down. I descended into the depths of my emotional trauma, did shadow work and wrestled with my family lineage. I questioned everything that had ever had meaning to me.

In the midst of my therapy training, I began to have severe migraine headaches 2-4 times per week. The migraines were triggering serious kundalini awakenings and spontaneous shamanic journeying which felt very scary at the time. I knew I did not have enough internal containment to handle all that was happening and I felt that I was dying at 28 years old. 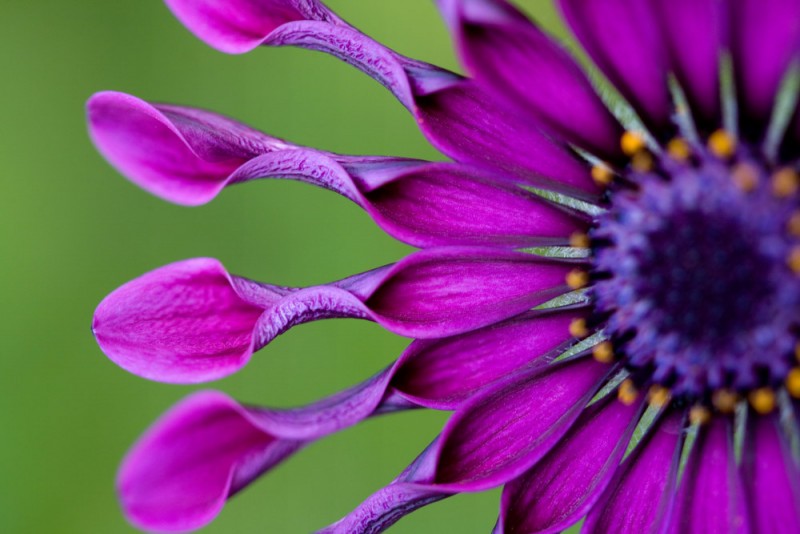 It was at that time that my partner Jim and I moved to London. We left everything familiar – leaving country, family, friends and professional connections. I hoped to have a fresh start and receive help for my migraines, kundalini surges and general trauma from my past.

As soon as I moved to London, I found a wonderful therapist and began a 4x per week classical Jungian Analysis. Within the first month the migraines disappeared completely and I felt hope that I could heal and pull my life back together.

During my 9 years in London, I continued to dis-integrate but with a lot of emotional and spiritual support. I know now that my ego attachments and old patterns were dissolving in order for a bigger, more expanded version of myself to shine through. My entire inner structure was coming part and then coming back together.

Besides my analysis, the most important support in my life in London was my weekly Kabbalah group. As soon as I moved to London I found, through an extraordinary synchronous experience, my master Kabbalah teacher. (You can read about the entire experience in the introduction to my book, Awakening with the Tree of Life.)

Being part of an ongoing Mystical School was deeply transformative and life-altering. It literally changed the course of my life, for I knew from the first moment I walked into my teacher’s London flat – with esoterica everywhere and 60 stunning companions – that I would one day teach this path to others.

Also during my time in London, I studied Alchemy at the Bodleian Library in Oxford and the British Library in London. This led me to original alchemical texts and images which spoke deeply to me about my own awaking process. Alchemy outlines very clearly the different stages of awareness that emerge as a person is dissolving their ego desires and habitual conditioning and is reborn to their spiritual nature through the transmutation process.

I also studied Astrology at the Centre for Psychological Astrology and began to see how one’s birth chart pinpoints emotional patterns and difficulties as well as gifts, talents and destiny indicators.

In these “cracking open” years I wanted to know everything that spoke to the psycho-spiritual wakening process, so I also studied mythology and sacred art from various spiritual traditions. I began painting and drawing to journal my process of awakening and began traveling to sacred sites around the world.

I was hungry to learn about initiation and rites of passage because they too spoke to my own “breaking open” experiences, which I knew were both psychological and spiritual. I wanted to know how the great Initiation traditions held people through the transformation process. In London I found some amazing initiation/shamanic teachers who taught me about initiation, ritual, chanting and drumming and how to hold sacred space for group initiations.

After my 15-year dismemberment experience was over, I realized I had, in fact, activated my own cracking open/initiation, so that I could awaken, see the truth and be liberated. All so that I could live out my own calling to guide others through the transformation process. My wise self wanted me to experience firsthand EVERY STAGE OF THE AWAKENING PROCESS. 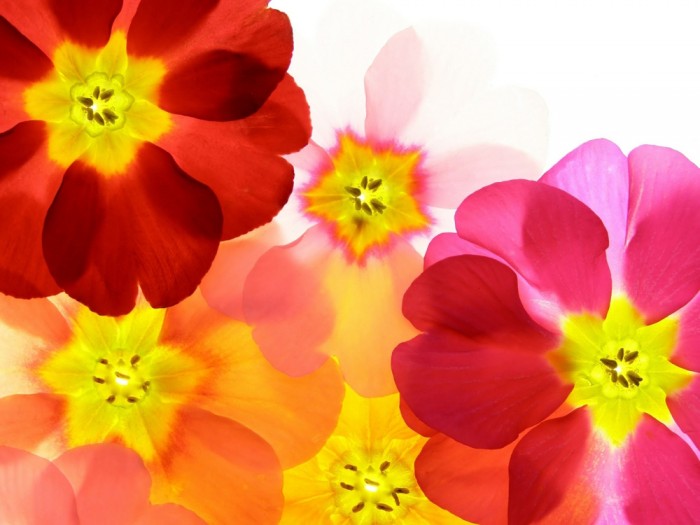 In 1997 we moved back to California and established a Kabbalah School and 2 Initiation training programs – The Feminine Path of Power for women only and Tree of Life for both men and women.

As we settled back in California, I began to create my sacred robes for ritual, ceremony and meditation. Then in 1999, just after our son Jake was born, I wrote my book, Awakening with the Tree of Life.  Then I began organizing and leading groups to sacred sites around the world. (I have since taken groups to Gambia, West Africa, Crete, Morocco, Turkey, Thailand, Yucatan Mexico, Spain, Italy, France, England and Scotland.)

I also began going to Damanhur, a spiritual community in Italy dedicated to spiritual technology and sustainability (among other things). I mention Damanhur in my bio section here because it has had such a profound impact on my spiritual and evolutionary development.

On my first trip to Damanhur in 2007, I was in the underground Temples of Humankind for the first time. My heart chakra exploded open and remained open in a way I had never experienced. Since then, I have had many, many extraordinary spiritual experiences there and several important initiations and visions that have guided the last 10 years of my life. In 2012, I decided to train in the Damanhur School for Spiritual Healers and in August 2015 I was certified as a “Pranatherapist”. I also work with Damanhur’s spiritual technology, which helps to increase our evolution and synchronicity.

One very important event I want to mention here, which occurred when I was in Damanhur on the summer solstice in 2012.  While walking in one of the labyrinth circuits, I received a “visitation” from some spiritual guides who asked if I would animate them through my Sacred Robes. I heard very distinctly, “and there will be 33”.  (You can read about the whole story here.) So this was the beginning of a new chapter – creating the complete set of 33 Sacred Robes and traveling with them around the world to offer multicultural spiritual wisdom. The Sacred Robes are now called the 33 MasterGuides.

Here in our home in California, my husband Jim and I lead our Kabbalah school every Thursday evening and we teach our Tree of Life Personal Mastery Training each year from January – June. We also teach at The Nine Gates Mystery School and at the Chaplaincy Institute, Interfaith Seminary and Community. We are both Interfaith Ministers, drummers and ritual leaders. We are also happy parents to our son, Jake Larkin.

Another of my great joys is offering The Feminine Path of Power, an initiation program exclusively for women. 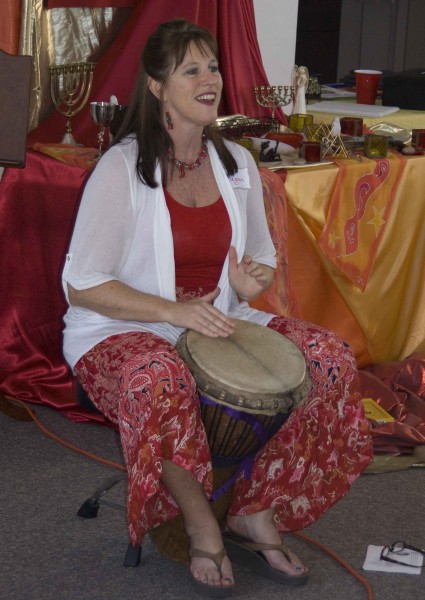 I am so blessed in my life with wonderful friends, dedicated spiritual seekers, spiritual companions and sacred travel compadres.

We are living in a time RIGHT NOW where life is asking us to wake up fully to our divine nature, to realize there is nothing but love and to co-create a better world together.

I look forward to getting to know you and to celebrate the gifts you bring to the community.

Click here to see how you can get involved